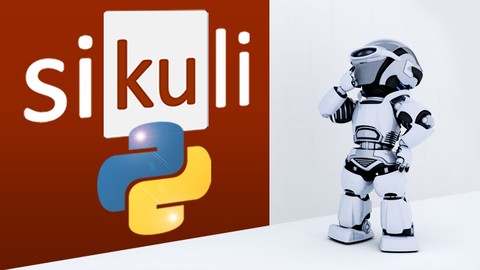 Automate anything visible on the screen using Python and Sikulix on Win, Mac, Linux

Description
Hello and welcome to the Amazing world of Sikuli Automation.
This course is an introduction to Sikuli, a tool that lets you automate anything you see on the screen. It uses image recognition to identify and control GUI components. It is useful when there is no easy access to a GUI's internal or source code. You can easily Automate the Boring Stuff with Python Programming.
What is SikuliX?
Who this course is for:
Reactions: arnau lluis, shanindia1980, hiddenemailer and 34 others