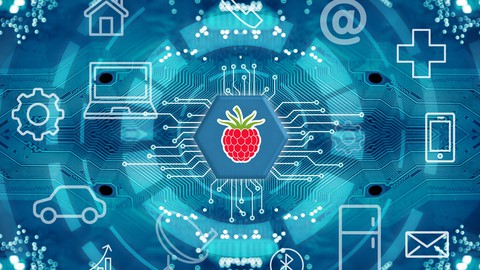 Description
I'm a motivated person and i really like to motivate the others by sharing my favorite quotes "A Little More Persistence , A Little More Effort And What Seemed Hopeless Failure May Turn To Glorious Success"
The internet of things will change everything including ourselves, The internet has an impact on communication , science , government and humanity ,The Internet of Things is a new technology of the internet accessing ,By the internet of things objects recognize themselves and obtain intelligence behavior by making or enabling related decisions thinks to the fact that they communicate information about themselves.
for that i created this course for all levels to get a general overview about this concepts and the latest technologies used in this domain basing on raspberry pi and programming using python and java in addition to interact with different electronics components
in this course will be cover every things that has a relation with any software engineering developer (programming , developing ,databases, data security ...)
the Topics which will be see in this course are :
IOT Basics
Electronics Components
ThingSpeak Cloud
Adafruit-IO Cloud
MQTT Protocol
Graphical Desktop Application Home Automation
Security In IOT
I put all my capacities and my experience in this course , i think it covers the most thing and technics needed in this field and to go forward in your IOT projects, so take a step to enroll the course and to get a new things in your career ,there is always a 30 day money back guarantee so you’re safe about investing your money into this course.
Who this course is for:
Reactions: JEWISH, aymann123, Mankind and 9 others