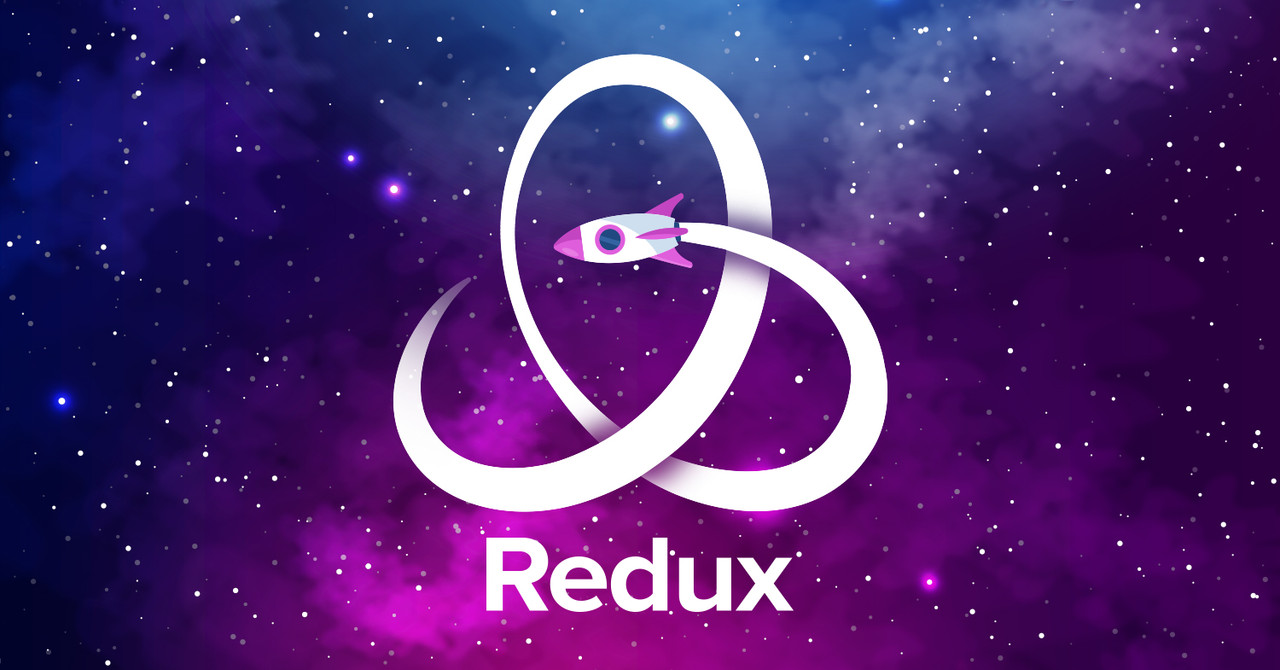 Redux is the most popular state management library for JavaScript apps.

It's mostly used with React but it's also becoming popular in Angular, Ember and Vue communities.

Despite being a small library with a small footprint, a lot of developers find Redux confusing and complicated. They also complain that Redux introduces a lot of boilerplate in the code and makes trivial things overly complicated.

This course gives you a solid foundation on Redux and teaches you how to write clean and concise modern Redux code.

You'll learn everything about Redux including the whats, whys, hows, and industry best practices.

A short and sweet course that you can watch in an afternoon - free of fluff and nonsense. 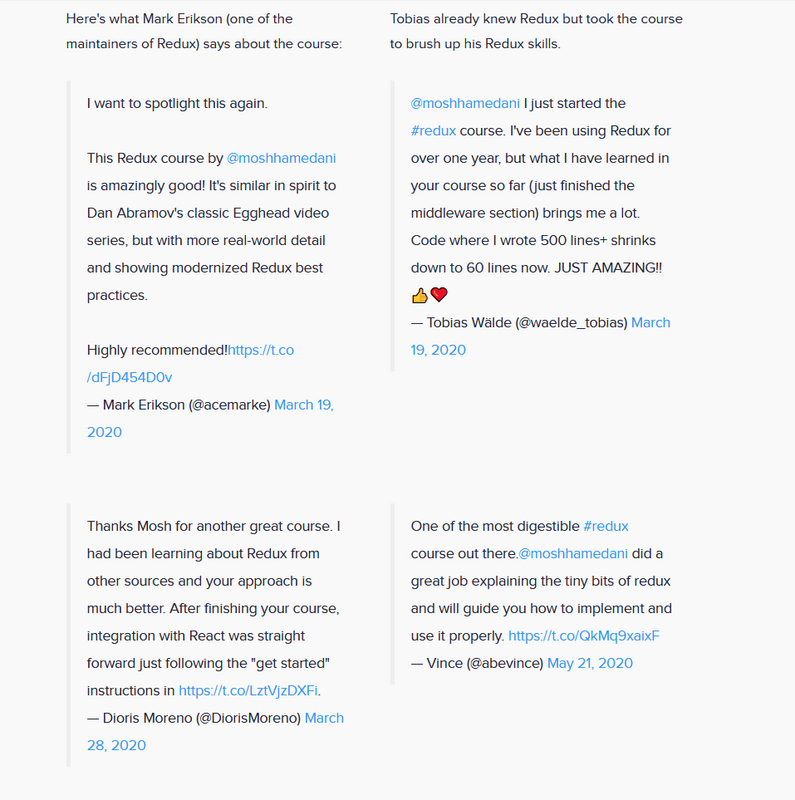 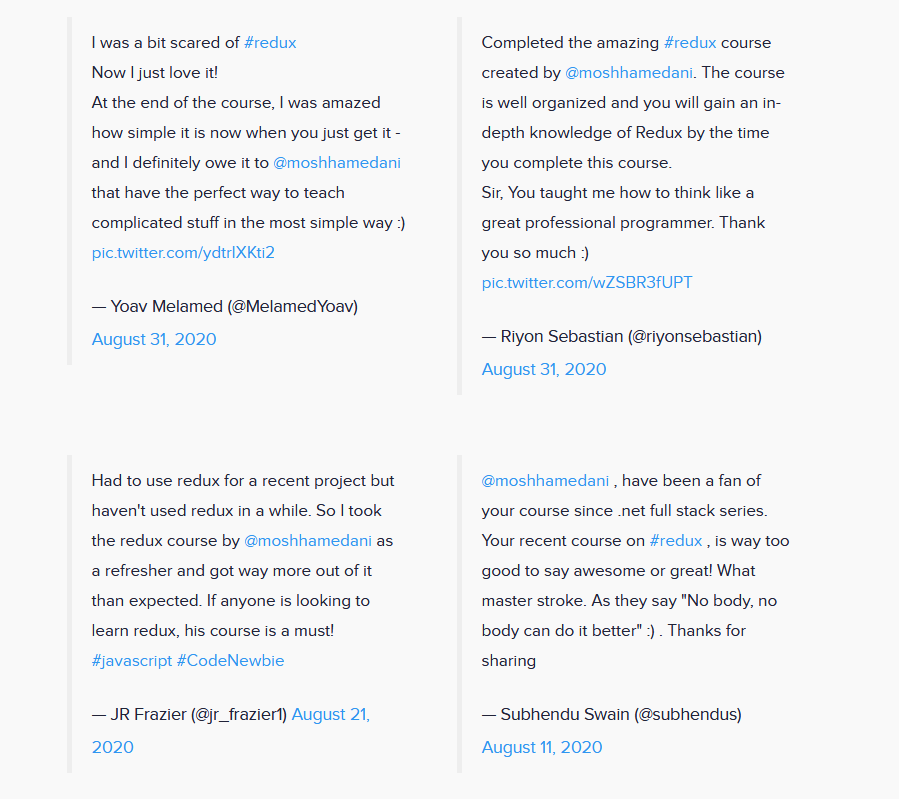 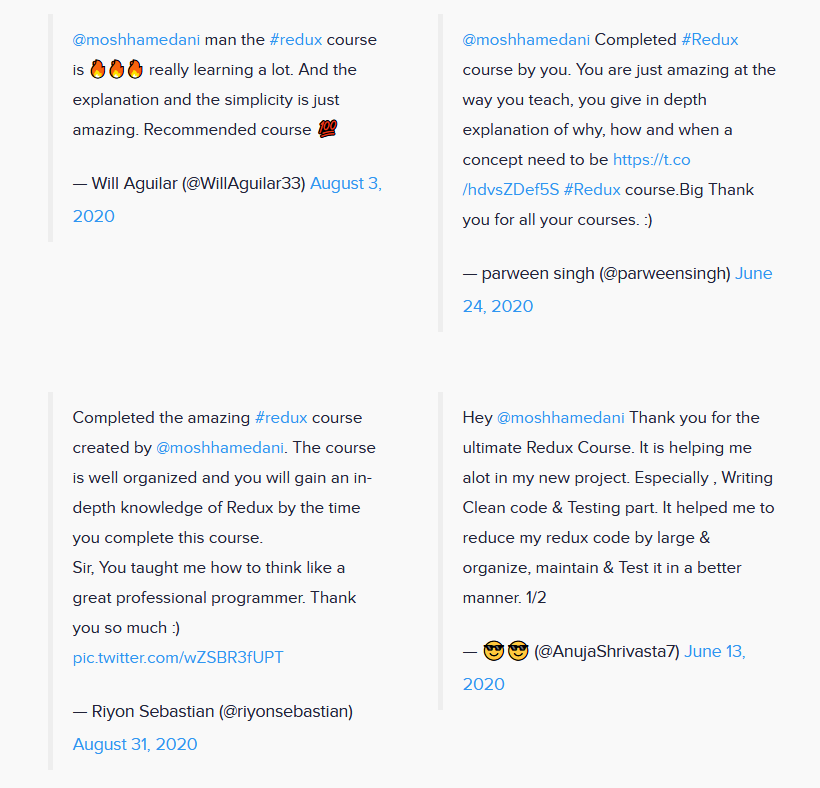 Who is this course for?

To take this course, you need to have at least 3 months of experience programming in JavaScript. You don't any familiarity with Redux.