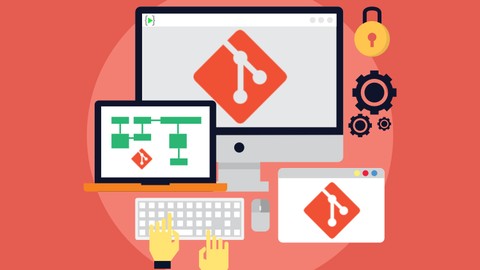 Description
GIT is by far, the world’s most famous and widely used modern version control system. Whenever a product is designed, it might a game, an Android app, iOS web, web project using Django, node, ruby etc, that product is not finished in one go. Every product needs revision that we commonly know as updates. In order to push those updates and test out many such features, a proper version controlling system is a must.

Without such a version controlling system, it tough to release anything new and keep track of it. Git is a mature, actively maintained open source project, that was originally developed by Linus Torvalds, creator of Linux operating system kernel. Git is so popular now that most IDE supports it as default.

If you want to work in any product based company, Git is an essential thing that you should be aware of. And git is way more than just 4 commands that most people are aware of. GIT comes with a lot of features like code tracking, branching, merging, stashing, forking, tags and lots of others.

One more thing, nowadays most companies are looking at uses Git online profile. It’s the easiest way to check your coding skills. You can upload your projects in the public domain and can prove your authority over that subject matter and can prove your skills even if you don’t have a company working experience. It’s something like you are creating your own experience and proving it with your git profile.

Another great feature of it is team collaboration. To build any great product you have to work in a team. Managing code files, while working in a team can be a nightmare. But with proper knowledge of GIT, you can work with your teammate. But remember, just by knowing 4 commands on GIT, you can make a mess for your entire team. Don’t be that person and understand what GIT is in detail.

Further, we will also explore about online repo’s of git such as Github, bitbucket, GitLab etc.

So, join me up and catch you inside the course.
Who this course is for:
Reactions: dennis123, pratik ghodke, shivansh100 and 24 others