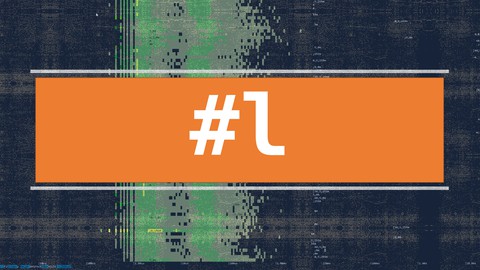 Description
Timesaving and Use-Cases constitute the spirit of this course. That is why it is designed to be learned fast and practical.
We set our goal to make you feel confident when dealing with the command line of any Linux distribution in production environments so that you can put your skills to work in as little time as possible. How do we do that? long story short: You will learn it in this course the same way you probably learned how to ride a bike! Remember? Even if you haven't, you will learn Linux shell with us anyway! Just keep do-along with each video.
We believe there is no point in doing stuff in the command line if it is faster and easier to do them in GUI; Given that there is a GUI for that task!
But hey! We also believe GUI is so limited in Linux, especially when it comes to real production environments. Thus it calls for individuals to learn working with Linux shell properly and feel confident when real problems come up on live production systems.
Since different work environments are built-up with different Linux distributions, this course is also built vendor-neutral, meaning no matter RedHat based or Debian forked, e.g. CentOS, OpenSUSE, Ubuntu, Kali, or even Windows Subsystem for Linux (WSL 2), you will learn their differences and will start doing real things in their shell.
Who this course is for:
Reactions: Marybeth, miloscvj, asparagus2022 and 99 others