Productivity Masterclass - Principles and Tools to Boost Your Productivity 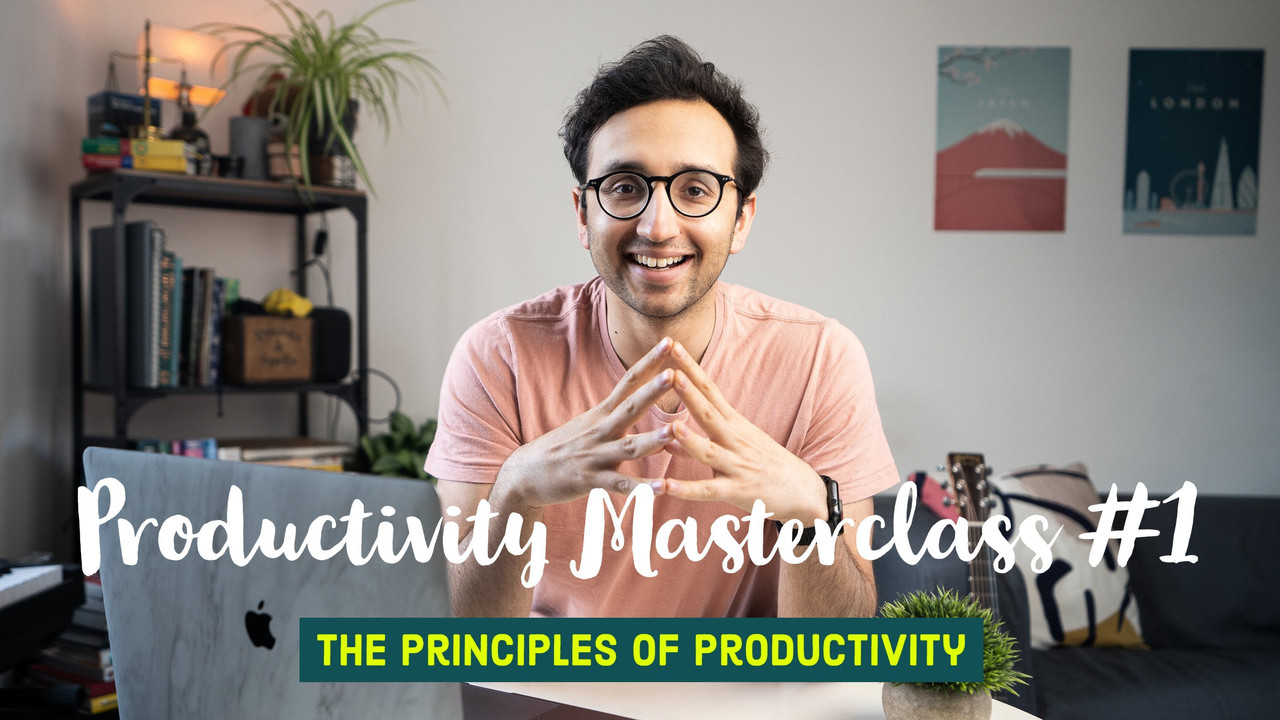 "Being productive is really just about understanding the productivity equation and then figuring out which bits we need to optimise to apply to our own lives".

In this first of a series of classes, I want to explore the idea of productivity in more depth - break down the concept into principles and theories as well as laws and powers to provide the foundation to enable us all to understand productivity on a more fundamental level so that we can all work towards living happier, more productive lives.

The first video introduces the productivity equation that serves as a the underlying theme throughout this course. We'll look at the key components including the extra 'ingredient' that I think is often missing in discussions around productivity and I'll introduce the analogy involving the Pilot, the Plane and the Engineer.

Following the introduction to the productivity equation, in the first section we'll take a look at three of the key myths that often surround discussions about productivity. We'll explore issues around 'not having enough time', not being able to summon up the motivation as well as the prevalent belief in multitasking.

The second section looks at a triumvirate of key laws associated with productivity. We'll begin by looking at time management linked to Parkinson's law then look at the value in understanding the Pareto Principle before finally exploring how one of the fundamental laws of physics can be usefully applied in the realm of productivity.

The third section moves into the realm of powers - specifically, how we can use the power of habits as well as how we can powerfully leverage our time spent procrastinating or relaxing so that we can improve our productivity more broadly.