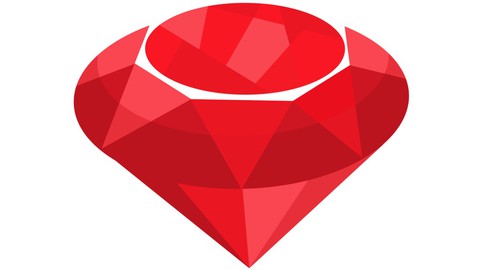 Learn Ruby on Rails like a Pro! Start from the basics and go all the way to creating your own applications!

Description
Become a web developer with Ruby on Rails and learn one of employer's most requested skills of 2020!
This is one of the most comprehensive, yet straight-forward, courses for the Ruby programming language and the Ruby on Rails web development framework you can take! Whether you have never programmed before, already know basic syntax, or want to learn about the advanced features of Ruby and Ruby on Rails, this course is for you! In this class we will teach you Ruby version 2.6 and Ruby on Rails version 6.0.
With over 120 lectures and more than 14 hours of video this comprehensive course leaves no stone unturned! This course includes full source code for you to download and use offline to learn at your own pace. You also get instructor access so you can ask questions as you learn.
Learn how to use Ruby on Rails for real-world web development, such as creating Rails applications, running a local server, deploying to Heroku, configuring Amazon Web Services, Creating user signups and sign-ins, working with image files, validations, and much more!
This class will teach you Ruby and Ruby on Rails in a practical manner, with every lesson comes a full coding HD video and corresponding code that you can download! Learn in whatever manner is best for you!
We will start by helping you get Ruby, Rails and other dependecies installed on your computer, regardless of your operating system, whether it's MacOS, or Windows, we've got you covered.
We cover a wide variety of topics, including:
You will get full access to over 120 lessons, plus corresponding code for you to download.
So what are you waiting for? Learn web development with Ruby on Rails in a way that will advance your career and increase your knowledge, all in a fun and practical way!
Who this course is for:
See you in you in the course!
Who this course is for:
Reactions: ayechanaung, sihle, geektrainer and 62 others