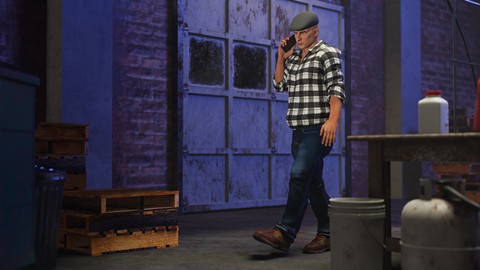 Description
Using motion capture data in Blender is a great way to create amazing animations, and it has never been easier to get started. In this course you’ll learn how to create, import, and configure motion capture data to be used in Blender.
To do this we will need a character, so we'll use Character Creator 3 to quickly create a character to be used for this process. You can also just download the finished character, or use a character of your own.
We will then import the character into Blender and set-up the rig using a Blender add-on called Auto-Rig Pro. It has some great tools to retarget the motion capture data to the character, and to adjust the character to get good looking animation.
Next we'll use the Perception Neuron motion capture suit to create character animations. It’s a relatively low-cost system that allows you to get some really nice motion capture for your characters. But in a lecture at the end of the course, I’ll also show you how to use a pre-made motion capture file downloaded from the Mixamo website.
In the next section you’ll learn how to import the motion capture file and retarget it to your Blender character. We’ll talk about how to create a Bones List preset file and how to use Auto-Rig Pro’s Interactive Tweak tool to adjust the rig for better animation. And we will do a bit of Weight Painting to fix any deformation issues.
Finally, you’ll learn how to bring your animated character into an existing scene and render out the final animation to a video file.
Who this course is for:
Reactions: onkomik, umi, hero13603 and 5 others