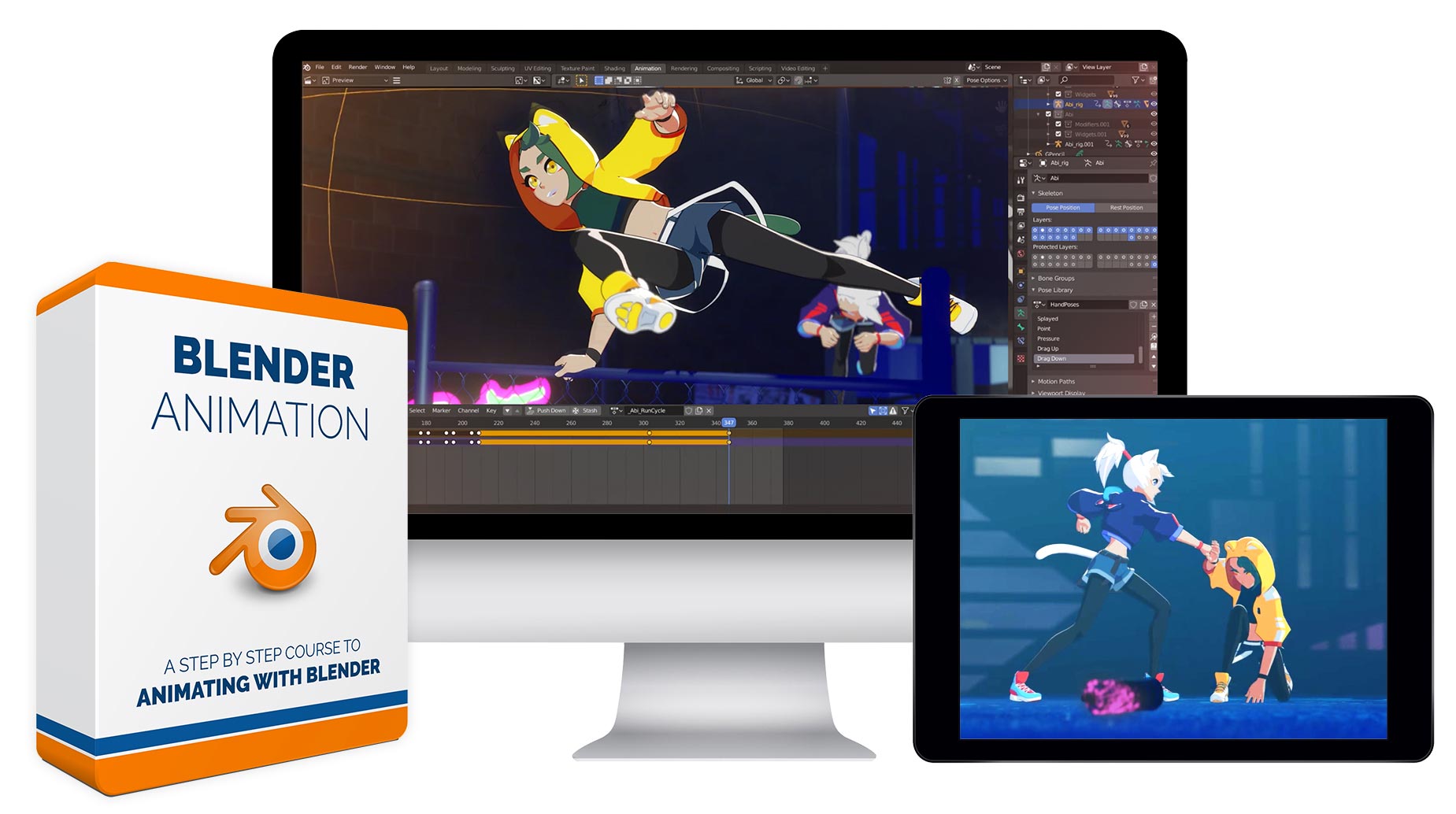 
A step-by-step course to character animation with Blender

Who is Dillon Gu?
With almost 1 millions subscribers, Dillon Gu (known as dillongoo) is one of the most popular Blender animators on the platform. He was an animator on Rooster Teeth's RWBY, and created the official tutorial series for the Blender Foundation. He is known for his high-paced action-packed fighting sequences.

What will you learn?

Interface
We’ll start by going over the Blender interface and understanding how to manipulate objects in our scene, then we’ll cover all major animation tools like the dope sheet, the graph editor, and learn how to create and use keyframes.

Setting Up a Scene
We'll set up a scene from scratch and do all the preparation for animating it, like importing a rig, creating a camera and getting the right settings set up for animation.

Animating a Shot
We’ll then jump in and actually animate an entire shot from start to finish. We’ll sketch the poses with the Blender grease pencil tool, block our shot, spline it, polish it, and see how all the tools we’ve learned are being used in production.

Render
When the shot is done, we’ll go over some render settings, just enough so you can export a great looking shot with minimal effort.

We partnered with expert animator Dillon Gu to create an amazing masterclass, exclusive to Bloop Animation. Together we built this course from the ground up to be tailored to both fans as well as professional animators and filmmakers.
Reactions: KaungHtet, saniya.assembek, Ikarus16x and 111 others