Register & Get access to index
You are using an out of date browser. It may not display this or other websites correctly.
You should upgrade or use an alternative browser.
Overview Reviews (3) Discussion
You can download a maximum of 0 files within 24 hours 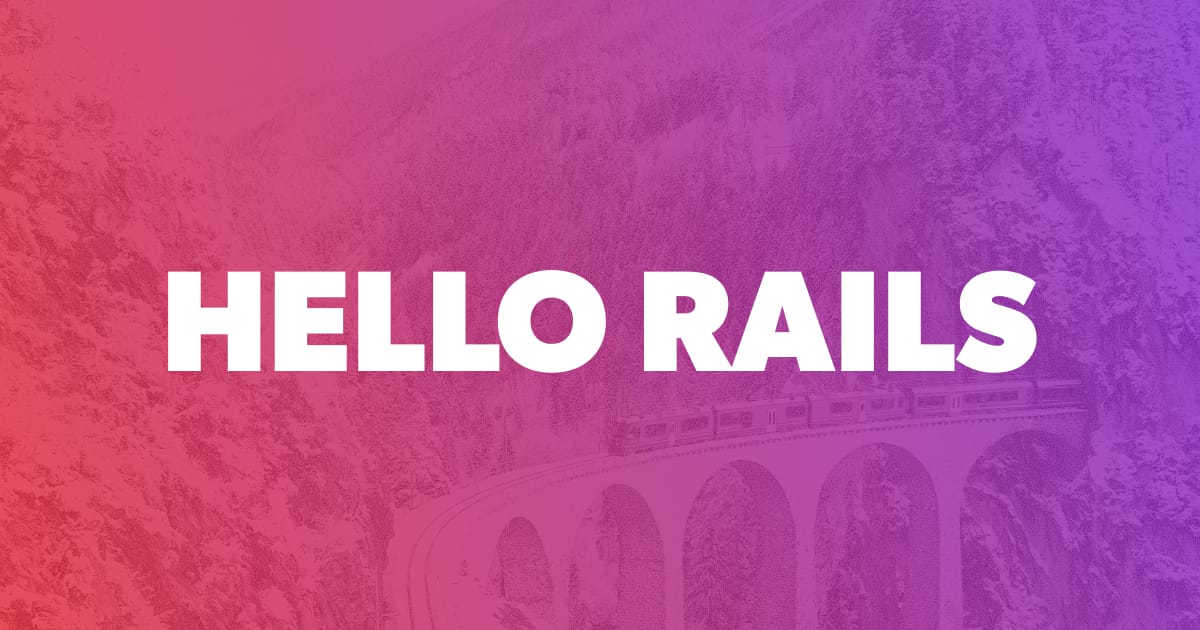 Web apps are flippin’ hard, but they don’t have to be...
With a focus on actually building out a modern real-world idea, this course teaches you Ruby on Rails, a tried and true web application framework, from the ground up.
Ruby on Rails is a web application framework focused on convention over configuration. Conventions are easier to follow, learn, and help make resolving errors a no-nonsense process. With Ruby on Rails in your tool belt, there’s no application idea you can’t approach ready to take head-on.
Who is this course for?
This course is for you if you started on a typical Rails tutorial and aren’t quite getting it. Maybe you’re more of a visual learner (or designer) like me. Maybe you have a goal in mind to build out a prototype of your latest idea for an app. If any of those strike a bell then this course is a great fit for you.
THOSE LOOKING TO EXPAND THEIR SKILL OFFERING
Maybe you’re tired of building WordPress websites, Maybe you’re sick of other programming languages and want a fresh start, or maybe you’re just researching frameworks to help launch your next idea, Ruby on Rails is a great choice for you.
THOSE WHO WANT TO BRING AN IDEA TO LIFE
Maybe you’re a designer with front-end experience looking to build an app idea from start to finish but don't know how (this was how I approached Rails initially). You can reference this course as a way to hit the ground running in efforts to scale your idea fast. Save time and get validation of your idea much quicker than other frameworks (aka build a production-worthy MVP).
WHAT IF I'M ALREADY FAMILIAR WITH RAILS?
Whether you are a Ruby on Rails pro or completely new to the framework, you can easily get something out of this course. While it’s focused more towards newcomers, I’ll be discussing real-world problems Ruby on Rails developers face day in and day out. If you're already a pro, this might not be the course for you.
TL;DR: My course Hello Rails is for anyone looking for a tried and true way to make a web app at scale without a very steep learning curve.
Hello Rails is comprised of in-depth video tutorials and an optional written format (you can easily purchase the written format separately if that's more your thing

). Source code, assets, and other material will be published when the course is live.
What will we be building?
I’m glad you asked...This course is focused on building a comparable real-world application called Webbit, a Reddit clone built from the ground up. There are no boring slides, bullet points, or any of the stuff that is too hard to remember. I do my best to keep you engaged and explain how things work and also why they work the way they do. We'll focus on conventions, best practices, and how to scale things gracefully.
WHAT ARE THE PREREQUISITES?
I recommend having some knowledge about the web and how to build basic websites coming into this course. General knowledge of the following is also advised but not 100% required:
Hello Rails covers topics like:
Why Ruby on Rails?
Ruby on Rails is a full feature framework capable of just about anything you need out of a web application. From it’s MVC pattern to is built in CLI, creating and scaling a web app with Rails can save you months of time compared to other frameworks where you need to roll your own solutions to rather common problems.
It’s opinionated where it counts. Convention beats configuration. Because of the convention first mantra, you can follow patterns, practices, and ideas to build things that just plain work. As a seasoned framework, you can rest assure that the bugs are worked out and support for just about anything you need is available thanks to the massive amount of Ruby gems available in the wild.
Unshockingly, Ruby on Rails is based in Ruby, a popular language for web developers worldwide. Ruby is a concise language that reads like the English language. Pair Ruby with Rails and you’ve got a framework with elegant code and tons of bells and whistles that I have fallen in love with.
RUBY ON RAILS HELPS WITH:
OVER 18 HOURS OF VIDEO
NOTE FROM UPLOADER:
This course has a very good teacher ANDY LEVERENZ and has a course duration of more than 18 hours, and he teaches the complete clone of reddit named WEBBIT which involves Tailwind CSS and Ruby On Rails. As I had undergone this course, this course is awesome for everyone who is willing to learn Ruby On Rails.
Reactions: Afzal Khan, cg709, 0mithun and 187 others

kindly reupload.
The folder contains only the introduction video, so it's useless.
Awesome course! Thanks!!!
Read more…
Top Bottom
Text copied to clipboard.