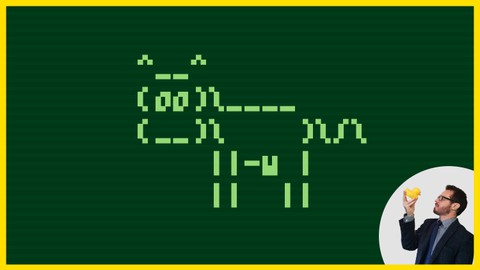 Description
This course is a complete journey on concepts, theory, and practice of Operating Systems with a focus on the Linux command-line and its tools.
We will learn, from scratch, how the Linux OS works and discover how the Linux shell works.
This course started as a gentle introduction to the theory of operating systems and evolved to become a complete masterclass on the Linux command-line and the concepts that underpin modern operating systems.
Just a heads up that this course is mostly aimed at programmers that want to learn about the command line, and it's not aimed at networking or infrastructure professionals.
We will cover:
This is a great course if you never touched Linux before and want to discover the motivation behind using Linux as an operating system to enhance your skills as a programmer.
We will use a Debian-based distro to practice and show examples in practice, but everything we learn will be valuable for any UNIX, Linux, or macOS terminal environment.
If this sounds like a fun journey to you... join us!
I'll see you iside.
Who this course is for:
Reactions: zertyhjtull.fg, Blackpanth, arthusjames123 and 46 others