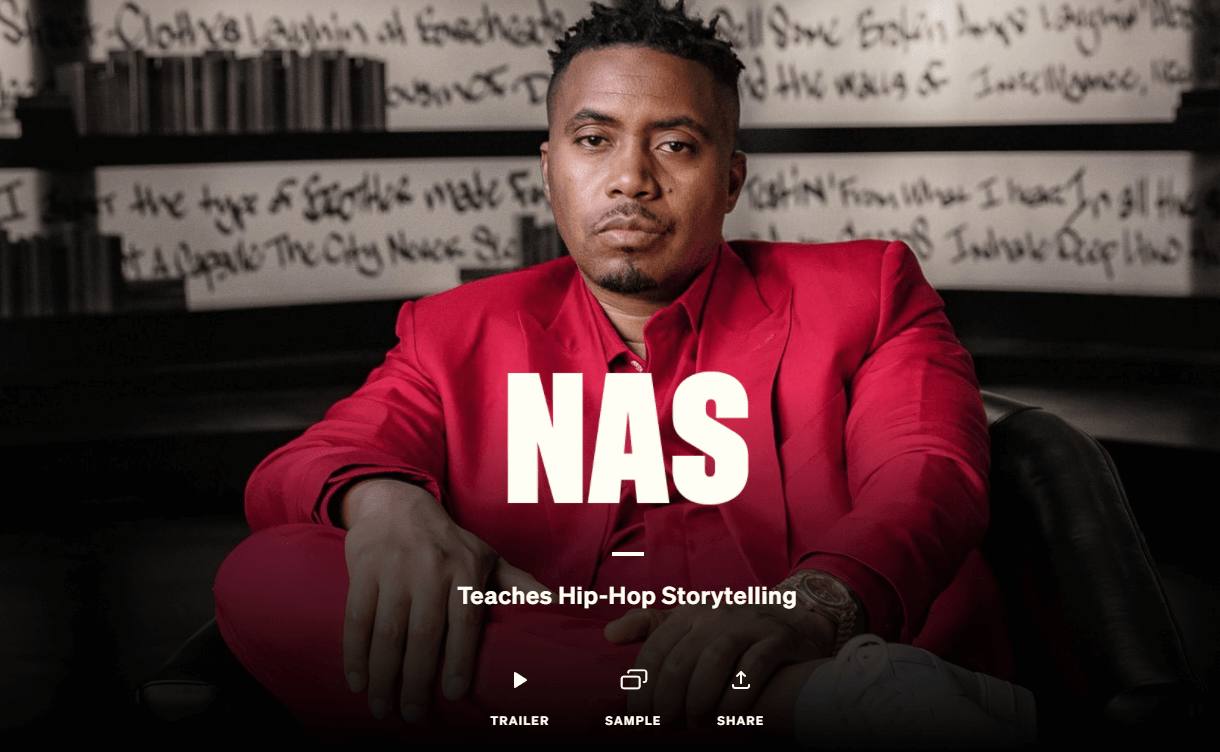 From the landmark album “Illmatic” in 1994 to the Grammy-winning “King’s Disease,” Nas has been exposing truth through rhymes and vivid street poetry for more than 25 years. Now he’s sharing his journey, the evolution of Hip-Hop, and a brand-new song with you. Hip-Hop, lyricism, flow—learn how to tap into the power of your own voice and turn your experiences into music with one of rap’s all-time greatest artists.

Named one of Billboard’s Best Rappers of All Time, Nas emerged as one of the leaders of the 1990’s “golden age of Hip-Hop” with “Illmatic” in 1994, which is still widely regarded as one of the greatest Hip-Hop albums ever. Drawing from his experience growing up in New York City, his lyrics and rhymes gave voice to the voiceless and helped fuel a global musical revolution.

Now he’s giving you an inside look at his journey through the evolution of Hip-Hop, breaking down some of his biggest hits, and creating a brand-new song from scratch so you can learn how to tap into the power of your experience and your truth.

Lessons in this online class include:
• Telling Your Life Story Through Music
• Rapping and Rhyme Schemes
• In the Studio: Writing an Original Rap Song
• In the Studio: Recording an Original Rap Song
• Using Poetic Lyrical Techniques
• Case Study: Writing Challenges
• Learning From Hip-Hop Legends
• Using Your Power and Voice
• Nas’s Artistic Evolution
• The Music Industry
• Hip-Hop Is Our Universe
Reactions: Daredevil0903, Dheks, Joke2 and 25 others