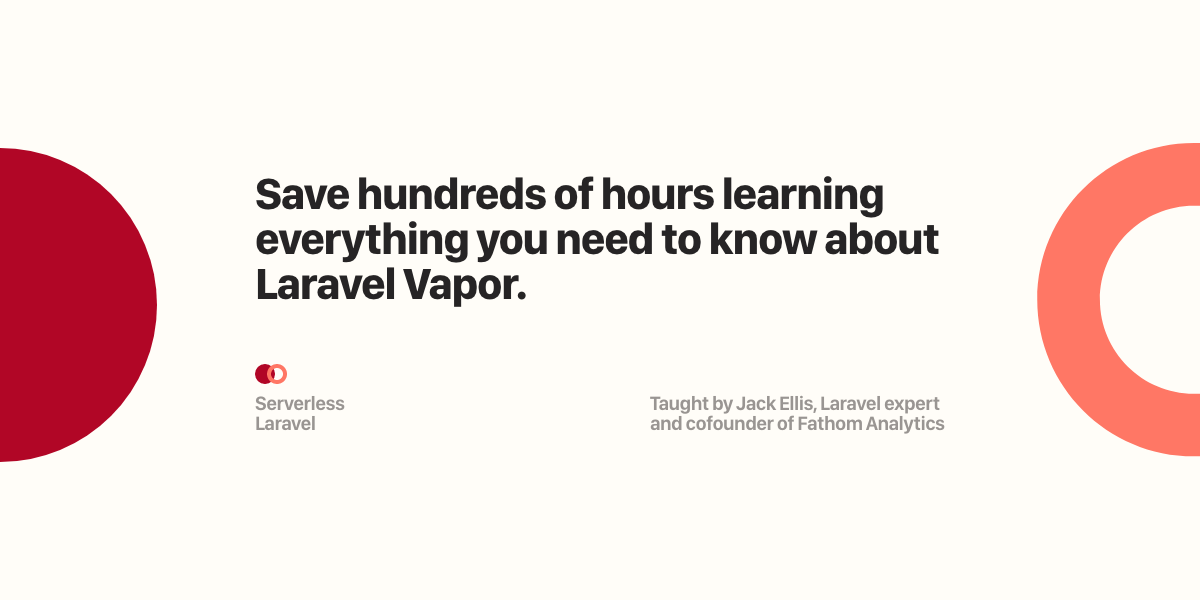 
I don’t like managing servers, I just want to write code. Security updates and configuration are one thing, but you also have to make sure your servers are ready to handle large spikes of traffic without suffering downtime. So you’ll be over-provisioning servers ($$$) or suffering downtime. There is a better way, and that’s serverless.


Why I got tired of managing servers
2AM wake up calls
Our application goes offline in the middle of the night. Guess whose getting woken up? Me. With Vapor, our servers don't go offline because we're serverless.
Application downtime
What happens if the server goes offline? How many servers should I put behind my load balancer? What if one breaks, can the remaining server handle traffic?
Scaling issues
We're going live with a big application. Can our servers handle the traffic? Will our server fall over and embarass us? How long will it take to get the server back online?
Varying server load
Our application isn't popular between 2am - 5am but needs double the capacity between 6am - 12PM, but then dies down at 1PM for 3 hours, then back up at 4PM. What a headache...


Laravel Vapor is the future
Automatic scaling
Laravel Vapor runs on serverless technology, meaning you don't have physical servers. Because of this, your application can automatically scale on-demand, and you only pay for what you need.
No expensive DevOps costs
Have you ever received a quote for DevOps? Our last one was for $1,000 per month to keep our servers online. We now pay $39 per month for Vapor, which has saved us over $11,500 per year!
No server maintenance
No updates, no server reboots, no hardware issues, nothing. You don't have to worry about any virtual servers because the AWS team takes care of everything for you. Server maintenance isn't an issue until your application goes offline.
Easy deployment
Deploying your application to Vapor is a smooth process. They handle everything, including DNS configuration, firewalls, load balancers, moving assets to a global CDN, metrics and more.
Reactions: encoder, Omar19942, lyes and 76 others