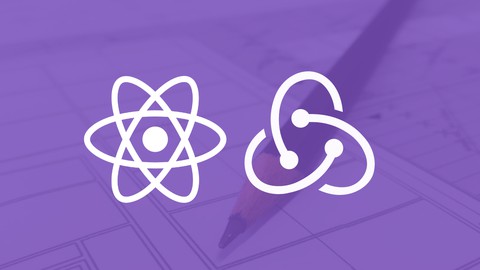 Learn the basics of React and learn how to build Big web applications using React Hooks,Routers and Redux

Description
What's this course about?
Learn React or dive deeper into it. Learn the theory, solve assignments, practice in demo projects, and build one big project called: Todo list app
JavaScript is the major driver of modern web applications since it's the only programming language that runs in the browser and hence allows you to provide highly reactive apps. You'll be able to achieve mobile-app like user experiences on the web.
But using JavaScript can be challenging - it quickly becomes overwhelming to create a nice web app with vanilla JavaScript and jQuery only.
React to the rescue!
React is all about components - basically, custom HTML elements - with which you can quickly build amazing and powerful web apps. Just build a component once, configure it to your needs, dynamically pass data into it (or listen to your own events!), and re-use it as often as needed.
Need to display a list in your app? It's as simple as creating a "List" component and outputting it as often as needed.
This course will start at the very basics and explain what exactly React is and how you may use it (and for which kind of apps). Thereafter, we'll go all the way from basic to advanced. We'll not just scratch the surface but dive deeply into React as well as popular libraries like react-router and Redux.
By the end of the course, you can build amazing React applications!
A detailed list of the course content can be found below.
This course is for you if ...
You will learn these concepts below:
I've built the course that I would have wanted to take when I was learning React. A course that explains the concepts and how they're implemented in the best order for you to learn and deeply understand them.
Who this course is for:
Reactions: shoronkhan331, genson1808, DeadFuckddddd and 82 others